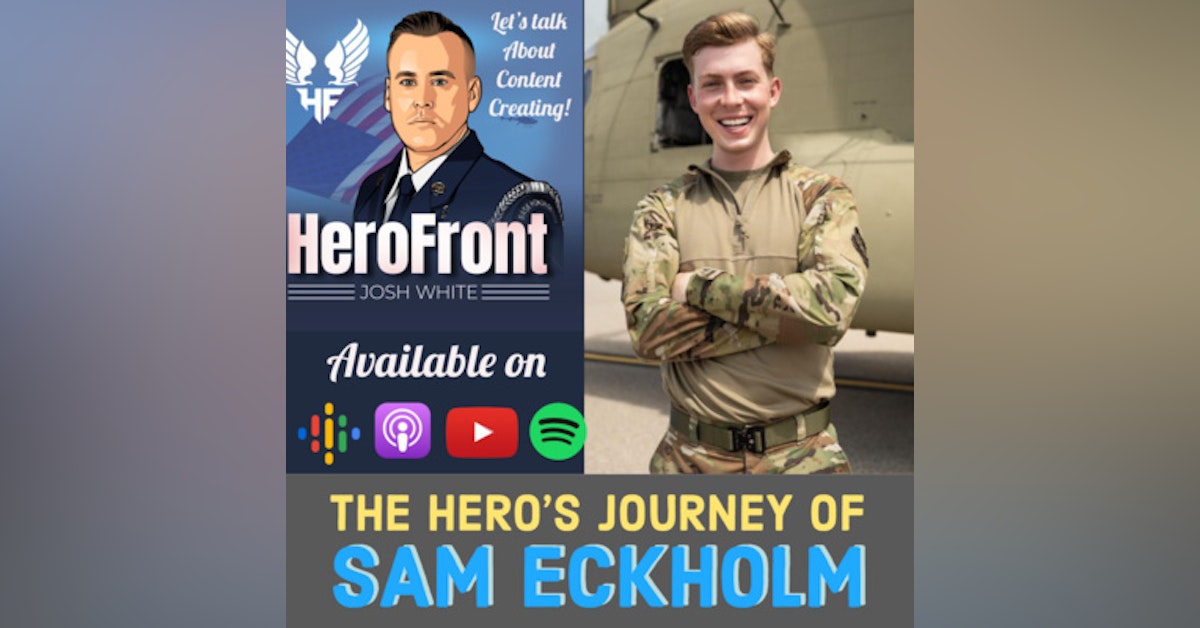 Sam Eckholm is a social media content creator and Air Force officer with a passion for creating videos that showcase both the incredible opportunities available in the military as well as some of the coolest aircraft and military technology out there.

10:25 - Why Public Affairs is an incredible career

31:00 - Being openly gay in the military and on social media

45:35 - Does content creating get in the way of the experience itself?

Sam grew up in Dallas, Texas before attending the United States Air Force Academy as a member of the class of 2018. Sam’s first assignment was to Langley Air Force Base in Virginia, where he was selected to travel with the F-22 Raptor Demonstration team for two seasons as their photographer and videographer, documenting the world’s most technologically advanced fighter jet at air shows all across the world.   Sam’s videos have showcased topics such as the thrill of flying in the back seat of an Air Force jet, an exclusive behind the scenes look at how the F-35 is made, and even what it’s like to fire the U.S. Army’s most powerful rocket launcher. To date, Sam has amassed over half a million followers and 55 million views across his social media platforms.