MSgt LaKeith Manson: "Change The Air Force, Change The World" How to C.A.R.E. Resiliency, and Diversity and Inclusion - Ep 20 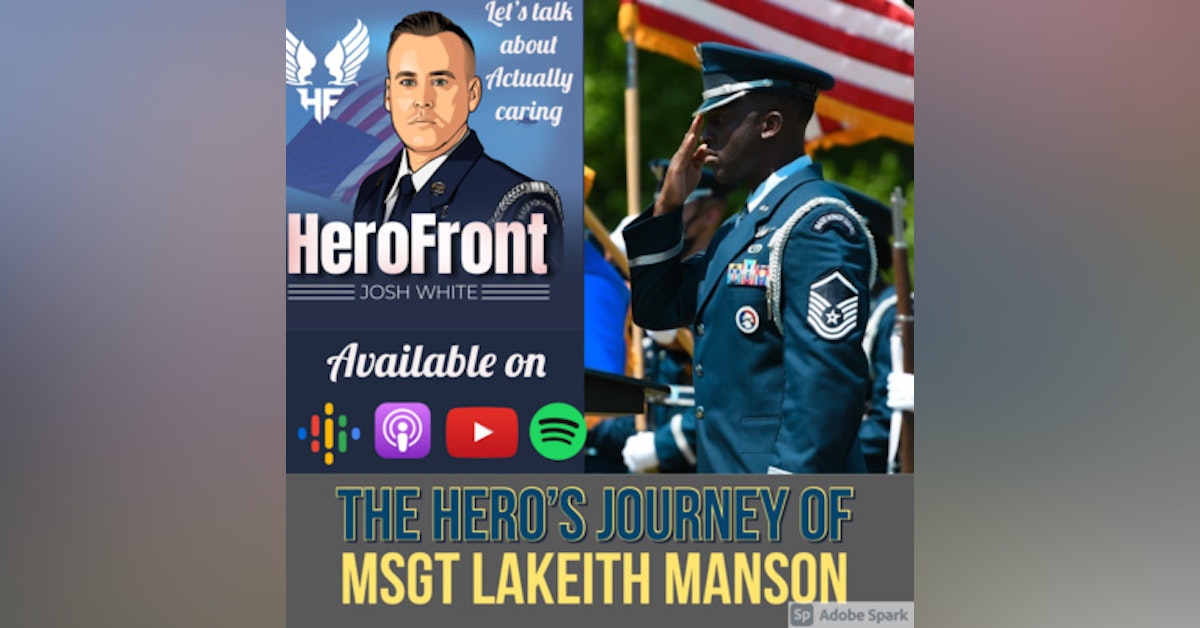 MSgt Manson joins us on HeroFront to talk about his specific leadership approach - C.A.R.E. A powerful acronym you MUST hear about! How he has honed his resiliency, and the incredible gift we need to foster called Diversity and Inclusion. Let's get after it!!

**MSgt Manson requested this episode be dedicated to the life and legacy of a true Wingman, Leader and Warrior. TSgt Kenny Santiago**

Master Sergeant (MSgt) LaKeith J. Manson Sr. serves as the Joint Base Andrews Honor Guard Program Superintendent. He was hand selected to lead a diverse team of roughly 110 Airman and NCO annually from 5 Wings, to include a Geographically Separated Guard Unit in Pittsburgh PA. His duties include training, supervising, and mentoring Airmen to render funeral honors, perform ceremonial functions, while representing all Airman past and present. Additionally he manages a $1.5M facility as well as 10 other programs. The teams AOR stretches 5 states, 113 counties and 55K Square miles. The team conducts approximately 1500 Military Funeral Honors and ceremonies annually, recognizing the service and sacrifice of Veteran, Retiree and Active Duty Service Members. MSgt Manson hails from Monticello, New York and entered the Air Force in October of 1999, graduating from the Aerospace Ground Equipment Maintenance Apprentice technical training course at Sheppard AFB, Texas shortly after. After graduating technical training Sergeant Manson was assigned to the 16 th Equipment Maintenance Squadron, Hurlburt Field, FL from 2000-2006, before he was selected to become a Military Training Leader (MTL). As an MTL, Sergeant Manson was assigned to the 366 Training Squadron, Sheppard Air Force Base, Texas. He would spend 4 years at Sheppard before he would again diversify himself by applying for and being chosen to the Selectively Manned 1 st Airlift Squadron Flight Attendant team, Andrews AFB, MD. During his career he has been assigned to various positions within the MTL and Flight Attendant career fields to include, Squadron Master of Drill And Ceremonies, Wing Transition Flight MTL, Flight Attendant Element Leader, Noncommissioned Officer in Charge (NCOIC) of Unit Training, 89 Operation Group NCOIC of Awards &amp; Special Projects, NCOIC of Squadron Awards and Decorations, C-32/C-40 Special Missions Flight Attendant, Special Missions Instructor Flight Attendant. His assignments included bases in Florida, Texas and Maryland.